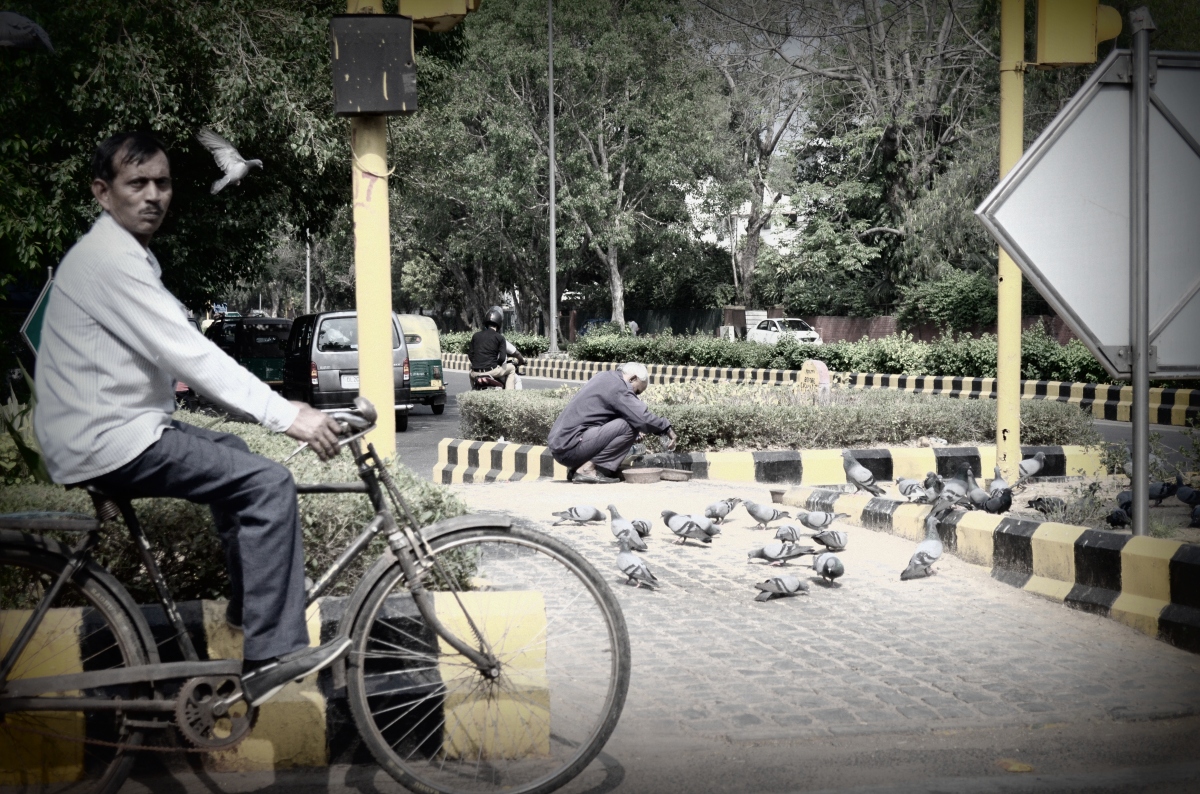 Yesterday, while roaming around Delhi streets I found an old man feeding pigeons near Humayun road traffic light. What caught my attention was the dedication old man showed in cleaning dirty utensils. Birds drink water from these utensils. Old man cleaned them properly without worrying about scorching heat. I consider him a real inspiration and want to thank him for his service. I don’t know his name but he deserves a place in my blog. Thank You.

Time and again I end up discussing about importance of saying No with my friends and colleagues. I believe that yes should not be the answer to most requests that comes our way. Still, most of us end up saying yes out of obligation or just to be accepted and part of the crowd.

Yes has no meaning if we never say No.

Saying No to most of the choices help me focus on few things. There is no point in becoming jack of all traits and master of none. This is a lesson that I have learnt after wasting many years playing with many things.

Why we say Yes?

There are many social and psychological reasons why saying yes is much more easier than saying No.

When you don’t do something, you have option to do something else. Richie Norton beautifully articulated in his quote

Say no to everything, so you can say yes to the one thing.

You work on tasks that you truly believe in. You go out with people you want to spend your time with. You behave the way you are. You are not faking or putting a mask to be liked by other people.

Life is a mess these days with so many options to choose from and so many things to say. We are living in a world of information overload so we have to limit ourselves to few things to make it easy for us to digest and not get influenced. You start making right choices evaluating all the options you have and picking something you truly believes in.

Say No Without Having To Explain Yourself

Let today mark a new beginning for you. Give yourself permission to say NO without feeling guilty, mean, or selfish. Anybody who gets upset and/or expects you to say YES all of the time clearly doesn’t have your best interest at heart. Always remember: You have a right to say NO without having to explain yourself. Be at peace with your decisions.

Saying No does not mean you are selfish

When you start saying No, people will start perceiving you as a selfish person. I don’t think caring about your needs and time is selfish. Even if it is considered selfish it is for your own good. If you can’t do good to yourself, you can’t do go with others as well. Suzette Hinton put it beautifully in following lines:

Even Steve Jobs Believe In Saying No

Shekhar Gulati is a software engineer and hands-on software architect.

His expertise is in building and architecting scalable distributed systems.

Also, you can reach out to him using the contact page.